Company Č.J. d.o.o. Bihać is a family company, which was originally founded in 1984. year. The initial steps of the main activity of the company was slit roundwood, which is performed in a small sawmill.

After the war (1992-1995) in Bosnia and Herzegovina, namely 1996, there is a new startup company by Mr. Fadil Čavkić. Wood production was the activity of the firm remained until 2004th year. Brothers Fadil and Denis were the 1991st in Austria dealing with metal industry, they decided to launch a joint company. Their first and most important decision was to stop the former activities and diverting action areas in metal industry , namely the production of metal structures from which they had a great experience.

2005th in Austria and Slovenia are delivered first finished metal assemblies. Frequent demand for new products has increased the need to expand the employees. In 2007. the company already has more than 20 employees. Expansion of production capacity is also continued, as the 2008th year led to rent additional rooms, with a parallel increased the number of employed persons, which at that time was more than 40. During this period, they started the first serial deliveres to the Austrian market.

The global economic crisis since 2009, to the 2011th year was not caused by the cessation of further growth and expansion of the company employees. In this time they were coming in new orders from customers, but also to expanding cooperation with new customers. Number of employees 2011th was higher than 100.

In 2012 they purchased the old manufacturing building (parts of the formed Žitoprerada Bihać), where it is right now, and started working on the repair of buildings. In the spring of 2013th we entered the renovated facilities and expanding their production capacities. Today we have over 100 employees in the company. Due to the persistent efforts of all employees who are constantly working to meet all requirements of our customers, we were able to gain the trust of our customers

From May 2014 years, the firm C. J. becomes a member of the Society for the welding of Bosnia and Herzegovina.

The company "Č.J." doo was founded in 1996, and since 2005 the main activity is production of metal constructions, switching elements, and various types of stainless steel products. We have a large number of specialized machines for metal processing (cutting, bending, turning), as well as welding-type MMA (eng. Manual Metal Arc Welding), MIG (eng. Metal Inert Gas), MAG (eng. Metal Active Gas) and TIG (eng. Tungsten Inert Gas). Our team consists of young people who are trained and specialized to perform all kinds of activities in the field of metal industry. 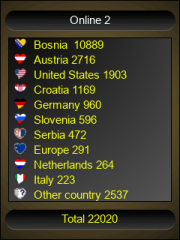